When we hear the term “changing behaviour” or when we engage in conversation about it, it’s always from the perspective of Western consumers. Drink organic coffee and pay a fair price. Fly less. Etc. What the FairChain team realised is that the term gets a whole different meaning when working towards behaviour change of farmers living in extreme poverty.

One of last year’s success stories, which we discussed in a previous blog (LINK), is that we managed to convince 245 farmers in the FairChain out-grower program, to keep 50% of the premium with us. Instead of paying it in cash during harvest, money that many people here in Limmu, Ethiopia, sometimes desperately need, the farmers agreed to invest it in long term farm interventions.

To give you an example, on 0.4 hectares of coffee, a family might get 300 kilograms cherry from 600 trees. Two harvests ago, the price received would be 3,300 birr + 660 birr in premium. Last harvest in December 2018, this farmer agreed to pay 330 birr (half of her premium) for FairChain’s package of support with farm optimisation.

Such a solution is viewed as a success in the international development community, who knows from studies that 90% of small Ethiopian coffee farmers have the potential to double yields. This is definitely true in Limmu, but the realities of every day life make this ‘success’ hard to immediately celebrate.

Take Nasir, a 60+ years old (he doesn’t know exactly) farmer with two wives. Most of his trees are 50-80 years old and unproductive. Maybe he gets 10-20% of what a new tree variety would deliver in its most productive years (5 to 13). One of Nasir’s reason to keep the old trees is that his grandfather planted them and he walks around the farm sometimes, remembering his family and youth. At the same time, his 9 children experience food insecurity for many summer months when the cash is already spent. Throughout the year the diet is also not varied and many adults eat only once every day or two.

But Nasir agreed to let FairChain Agents give him and his wives trainings on optimising his farm. The Agents are working on a farm development plan, which includes new seedlings and coaching on uprooting old coffee trees and planting new ones.

Almost all this is paid partly with the premium, and partly still with left over grant money from FairChain’s out-grower program, together with Moyee, Maas and the Dutch, Irish and German governments. But for the first time ever, consumers can contribute too.

Moyee will give 25 cents tokens with every cup of coffee sold at De Parade (LINK) festival in the Netherlands. The coffee drinkers will have a chance to send it back to FairChain’s digital wallet, to invest in the planting campaign.

The budget for 25 cents x 50,000 tokens (we’ll let you do the math), comes from Moyee’s marketing budget, and covers the costs of planting one tree. Via blockchain, “impact proof” will be sent back to the people who invest these tokens from the Netherlands. While value is being redistributed, for a more “fair chain” ;), the measurable evidence of how a donation impacts poor farmers, is believed to lead to more consumer loyalty. Instead of spending 25 cents on a click on its social media post, a brand spends on a tree that produces 10 Euros worth in its lifetime, and captures 1,3 kg CO2. Could this be a win-win? 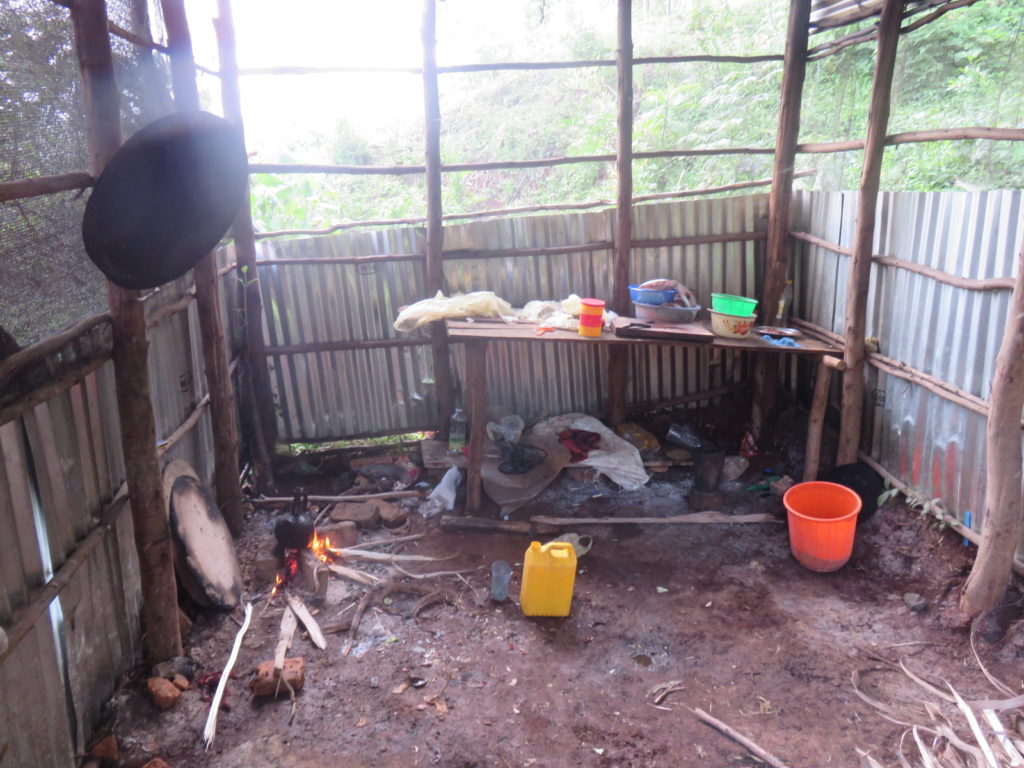 July and August are planting season in Limmu, so FairChain is busy organising this big planting campaign. Farmers know that from the premium of last year, they’ll get seedlings, and for the last two weeks they are busy preparing holes, weeding, having water and compost available.

Mezgebu, the new chief Agent on the ground, is busy running the whole campaign. Involving and coordinating with the local Agricultural Office, or going on his motorcycle from nursery to nursery to check if these small businesses from 4 local farmer groups (two are for women members only) still have the seedlings reserved for us.

Later this year, we’ll find land to build two own FairChain nurseries and reduce costs and risks. For this year it was too late, as seedlings take 8 months until they can be planted and called ‘little coffee trees’.

Some challenges are:
– although reserved to us, and 30% pre-financed, one nursery sold 3,000 seedlings already…
– all nurseries are far from any good road and while Mezgebu could check on the seedlings by driving through mud on his motorcycle, we need a tractor, a large truck and lots of manpower for loading and unloading;
– with 250-300 farmers and different amounts to be received by each, informing them about the distribution centers and keeping a nice schedule and lines is a large logistical puzzle;
– farmers carrying seedlings on their last journey part to their farms, using donkey-pulled carts will lead to losses.

All in all, what began during last harvest, an effort to change behaviour, to make farmers work on optimisation of their farms, will soon see the first positive effect. On average, 100-200 coffee trees will be planted by each farmer, leading over three years to higher yields and much more cash. We’ll continue over the next years, and we’re confident that many of the children around Limmu will feel the benefits of their parents’ investments and sacrifice.